10:30 am, Friday, 24th October 2014: I have come out of the St Angelo fort;  the plan to visit the Moppila Bay was dropped. A gentleman to whom I inquired about the route to Arakkal Museum, one of the top attractions in Kannur, gave me the directions and advised me to walk – as I am new to this place, walking through the street will help me know this place better, he believes. Arakkal Palace is about 2 km from here. 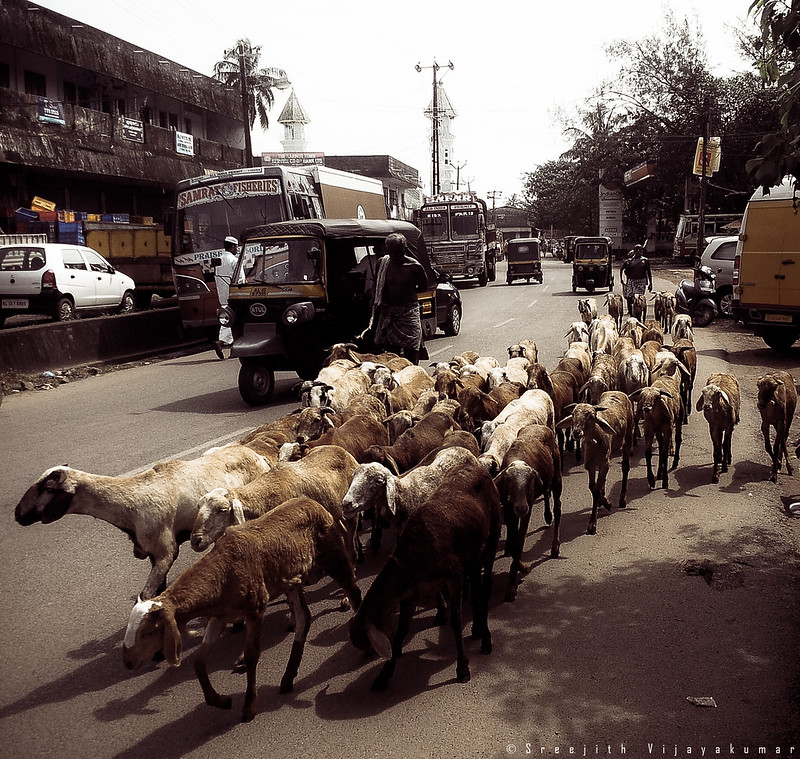 a scene from Kannur

Sultanate of Lakshadweep and Cannanore popularly known as Arakkal Kingdom is the  sole Muslim ruling dynasty of Kerala. The ruling King and Queen were titled as “Ali Raja” and “Arakkal Beevi” respectively. Arakkal family followed matriarchal system (marumakkathayam) like other Hindu Kingdoms of the Kerala state. Sultan Arakkal Sainaba Aishabi is the current head of the erstwhile kingdom. Arakkal Palace which is now convereted into a museum was purchased from the Dutch (St Angelo fort was gifted to Ali Raja by the Dutch). The Palace overlooks the Arabian Sea with the shore being just across the road. The artifacts are well maintained and interior of the palatial building is very much clean. Information boards in English and Malayalam help the visitors to understand this place better.  The footwear needs to be removed before you enter and there is a fee for entry and camera 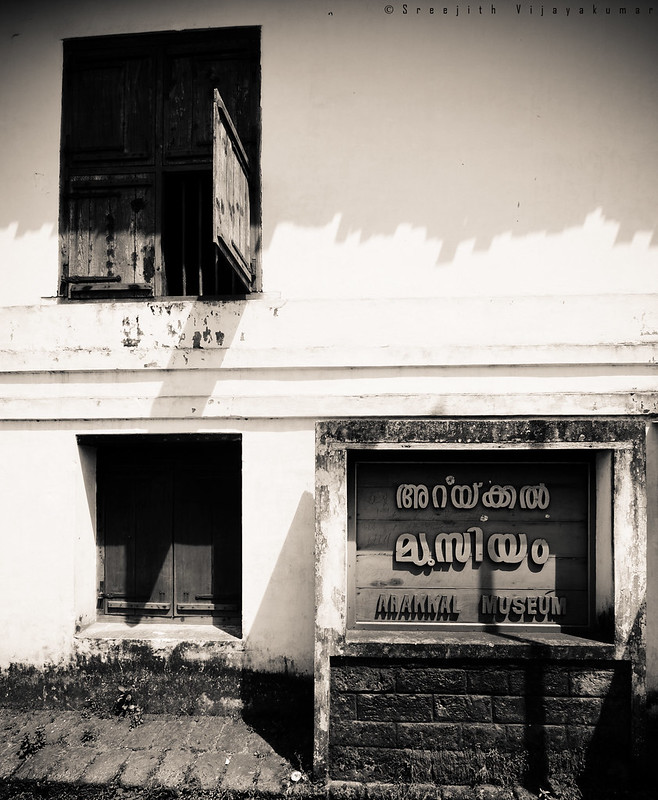 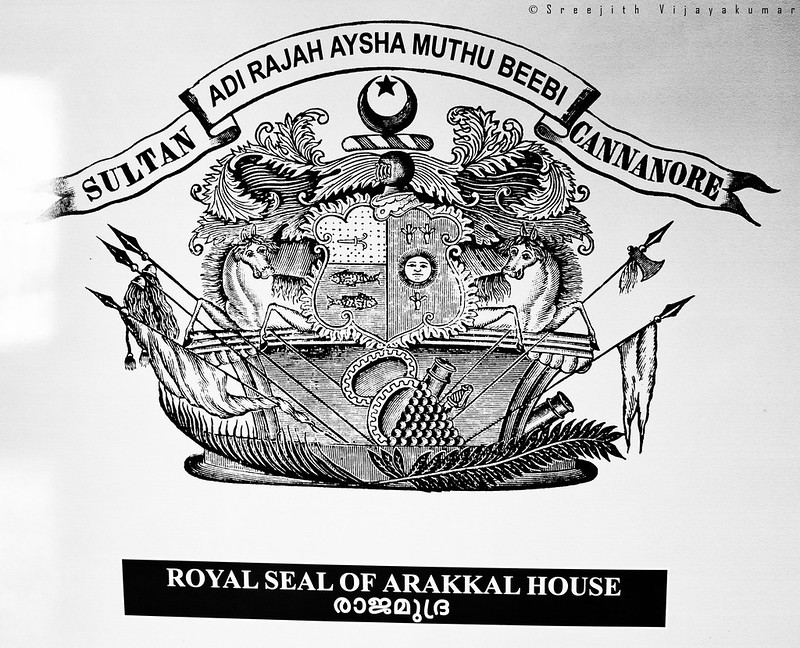 A section of the museum displays information about the immense contribution of Dutch for Kerala. Hortus Malabaricus by Hendrik van Rheede, then Governor of Dutch Malabar is a detailed guide about the medicinal values of the plants of Kerala. Itty Achudan Vaidyan was a major contributor for Hortus Malabaricus. The Dutch had also setup Kerala’s first Leprosy hospital at Pallippuram, Ernakulam.

You can read more about Dutch Malabar from the below links

Another section displays Modern Art. I am not belittling the hard work of artists, but I strongly feel that this is not the place to exhibit them. As we enter Arakkal Palace, in fact any monument/place, our mind and brain gets conditioned based on its features and historical significance. Here, soothing smell of Attar, or rather a Gazal performance is expected; a display of modern art totally confuses the conditioned mind. I hope these paintings which are based on some very relevant social issues will be moved to a place where it can be enjoyed or rather evaluated in its true sense rather than being placed as filler in a Palace. 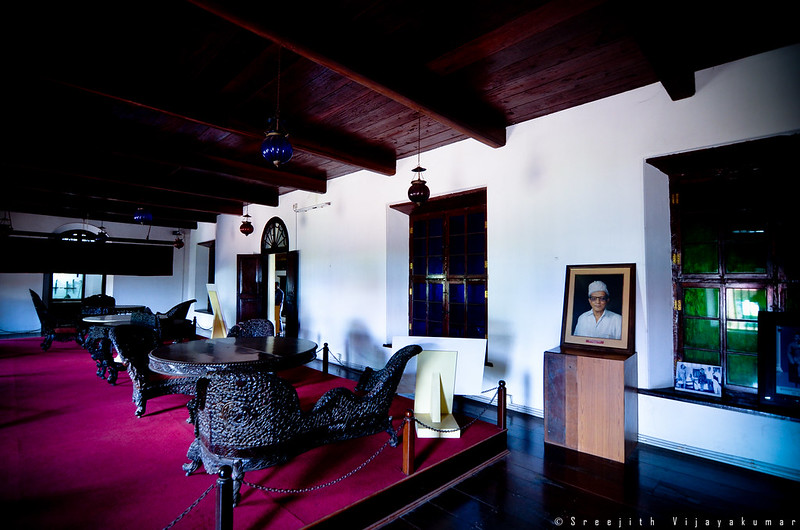 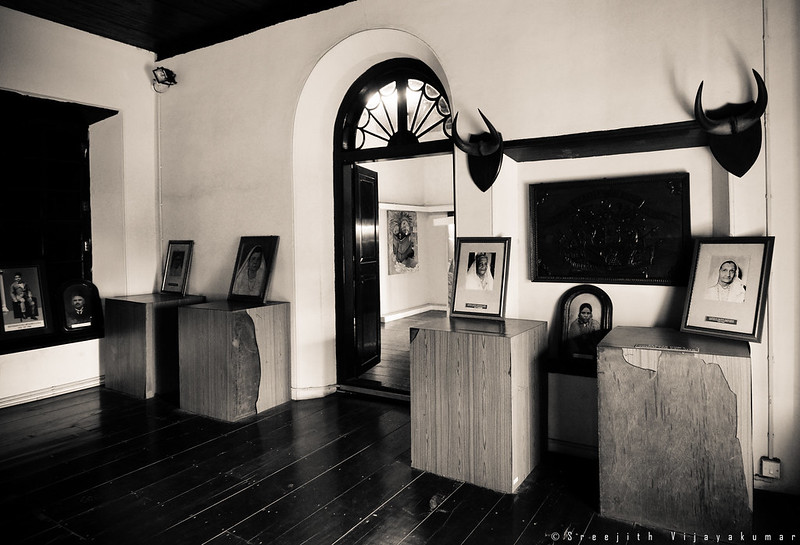 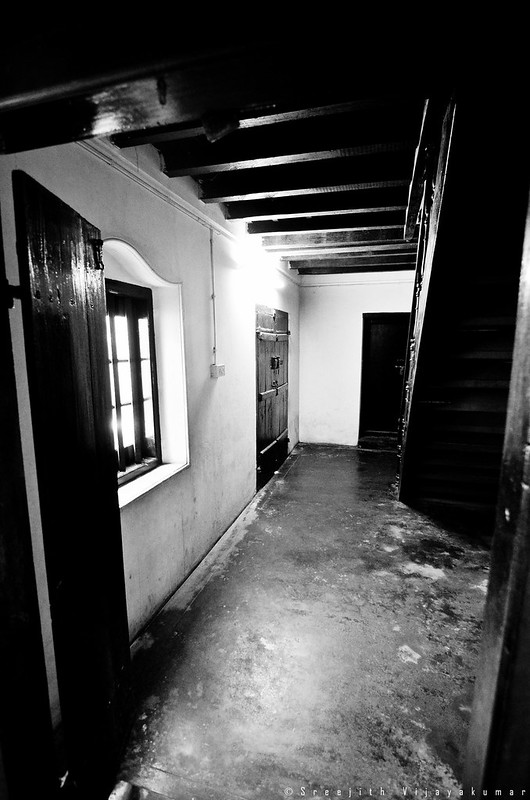 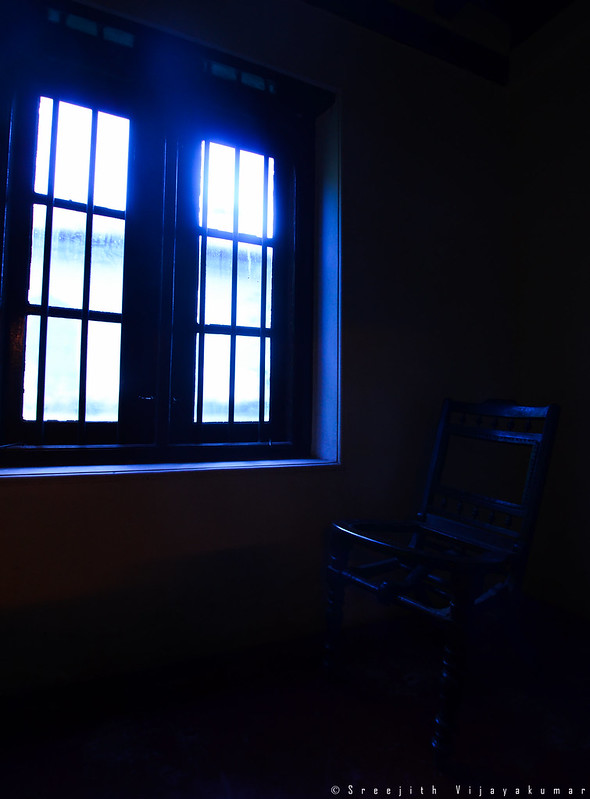 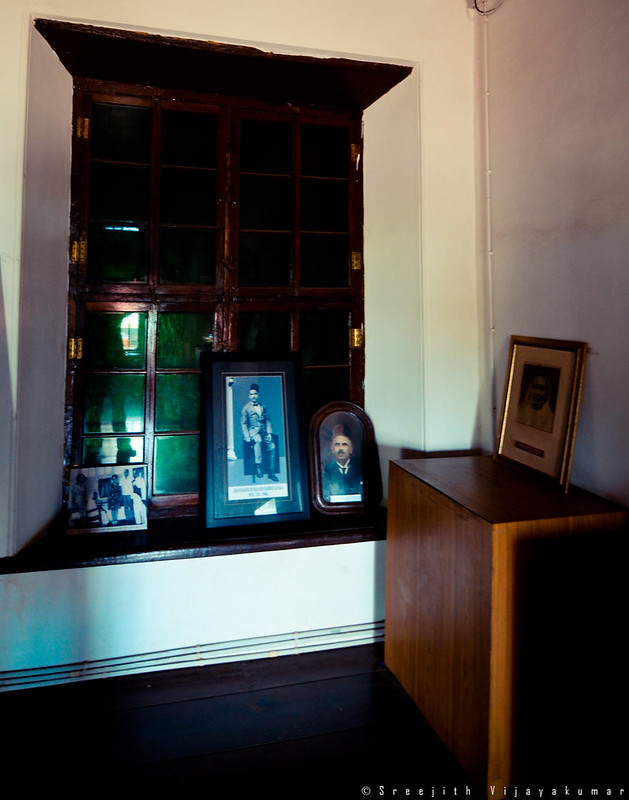 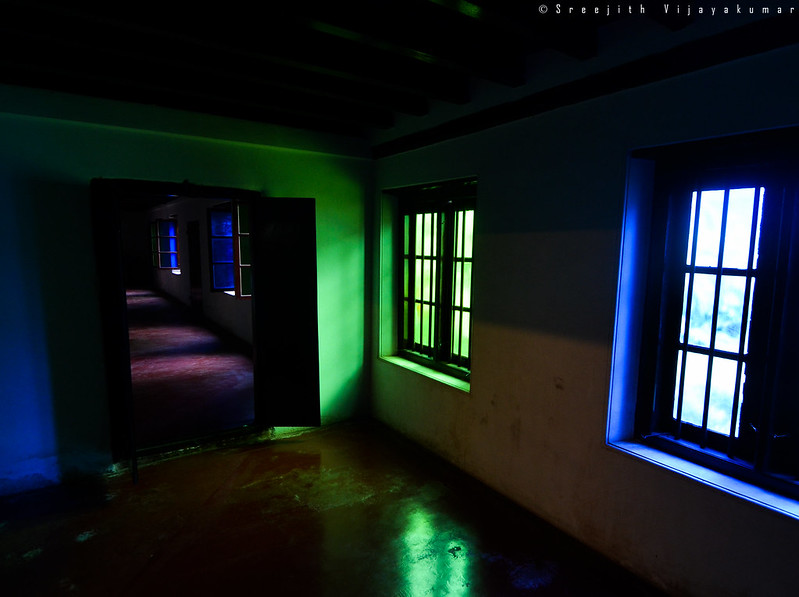 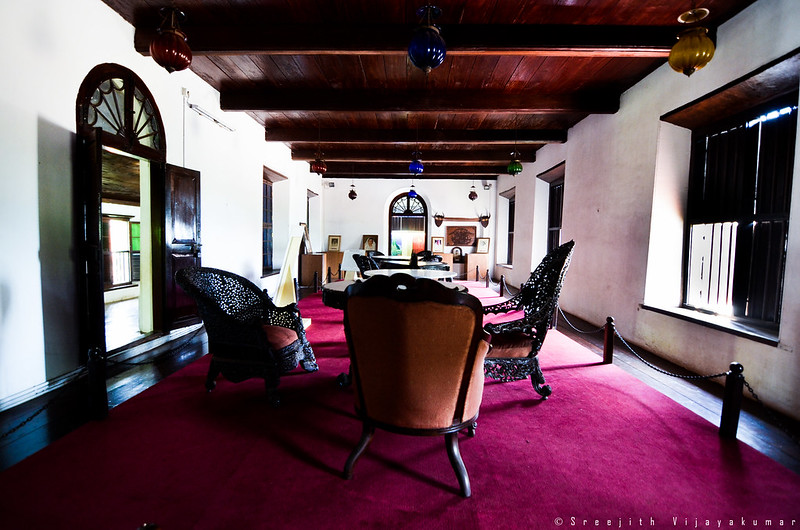 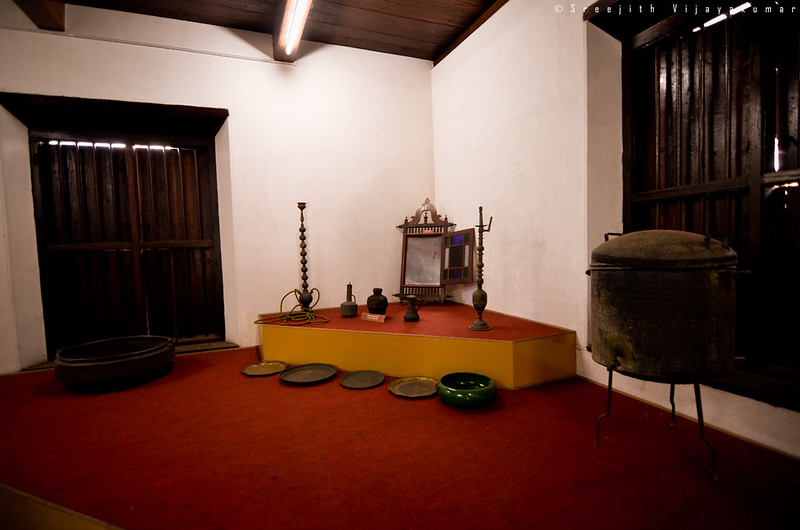 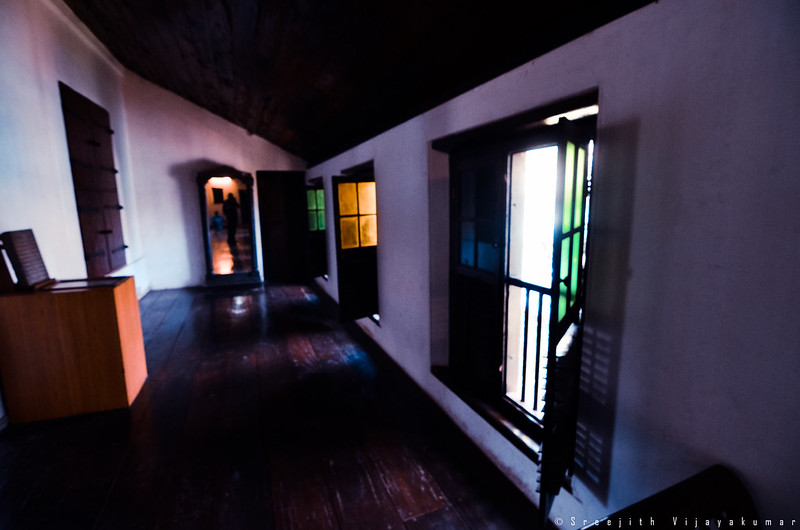 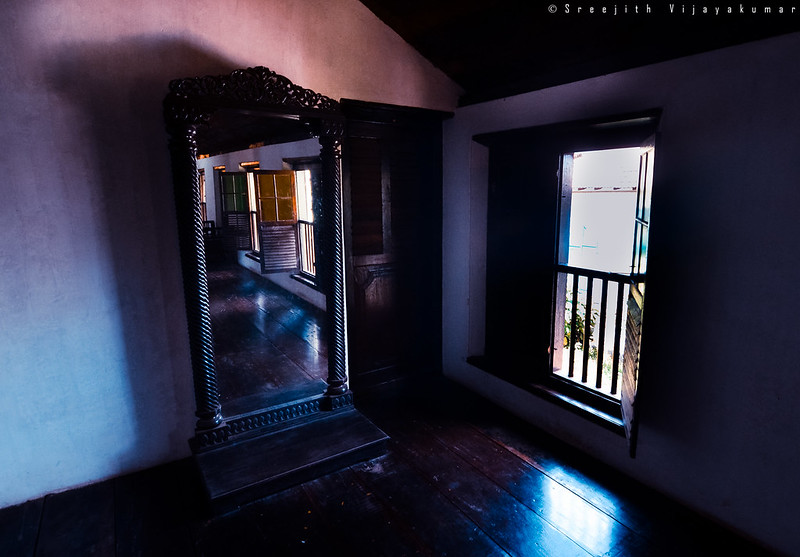