Prologue: The first anniversary of my epic Ladakh trip fell on July 31, 2014. While I was thinking how to commemorate this occasion, I came across an offer by Spicejet – they were offering air tickets at almost 50% off. I felt it would be interesting to celebrate the anniversary of visit to a cold desert, Ladakh with a visit to a hot and humid desert state – the Rajasthan. I will be visiting Bikaner, Jodhpur and Jaipur in Rajasthan during this trip. The initial plan to visit Jaisalmer was dropped because of lack of time. I’ll also squeeze-in Agra (Uttar Pradesh) in this itinerary in order to visit the world wonder, Taj Mahal.

The conventional plan of tourists is to move in clockwise direction starting from Delhi. If I do the same, I won’t be able to visit Taj – since August 1, 2014 being Friday, Taj will be closed and I will be forced to spend an extra day at Delhi. Hence, I decided to travel in anti-clockwise direction and my first stop was the less touristy Bikaner. The tickets – air and rail along with hotel reservations were booked 2 months prior to the trip.

July 31, 2014: Spicejet SG 216 Trivandrum-Delhi fight was scheduled at 2:45 pm. After 2 hour layover at Mumbai Airport, flight arrived at Delhi, at 9:15 pm. I quickly collected my luggage and caught a pre-paid taxi to Delhi Sarai Rohilla railway station (DEE). I need to board Delhi-Bikaner Superfast Express train (train number: 12457) which is scheduled at 11:35 pm. I had booked an upper berth in 2-tier AC compartment in order to sleep comfortably during the 8 hour journey. As I was preparing to sleep, Railway Ticket Examiner checked my ticket and collected balance amount due to fare revisal (Indian Railways increased the fare 2 weeks after I booked the tickets. I was intimated through SMS that Ticket Examiner will be collecting the balance amount once I board the respective trains) 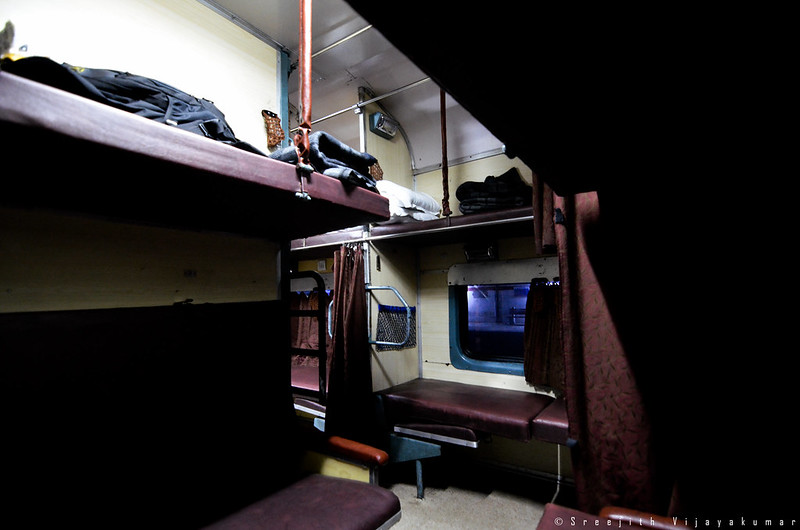 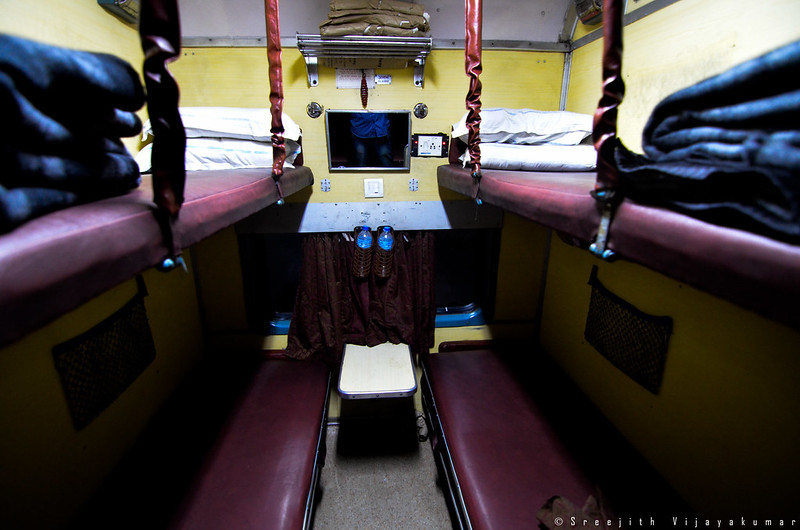 August 1, 2014: I woke up at 6 am in the morning and walked towards the door of my compartment, opened it and stood there experiencing the charisma of the desert state. In about 2 hours I reached Bikaner railway station. I’ll be spending only a day in this city. On August 2nd, i’ll be travelling to Jodhpur. Read more about Bikaner 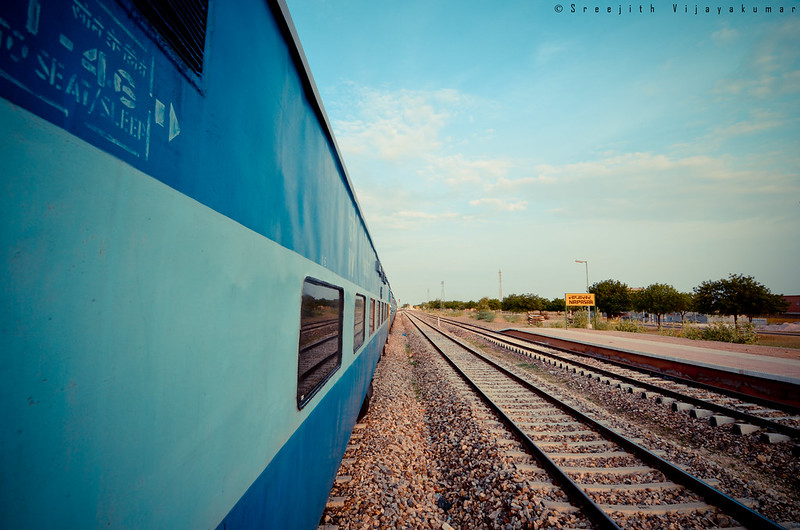 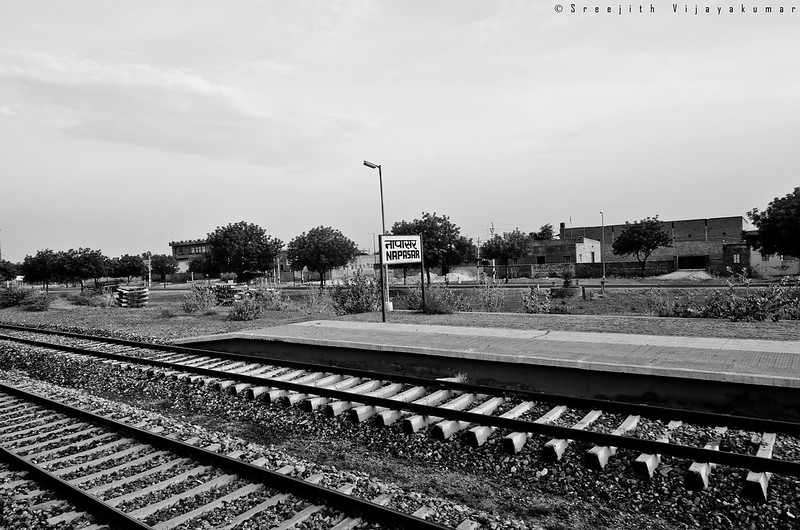 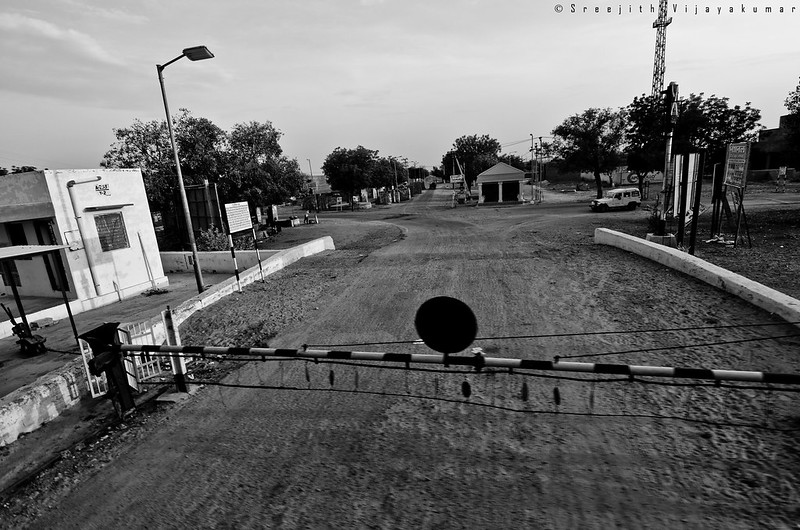 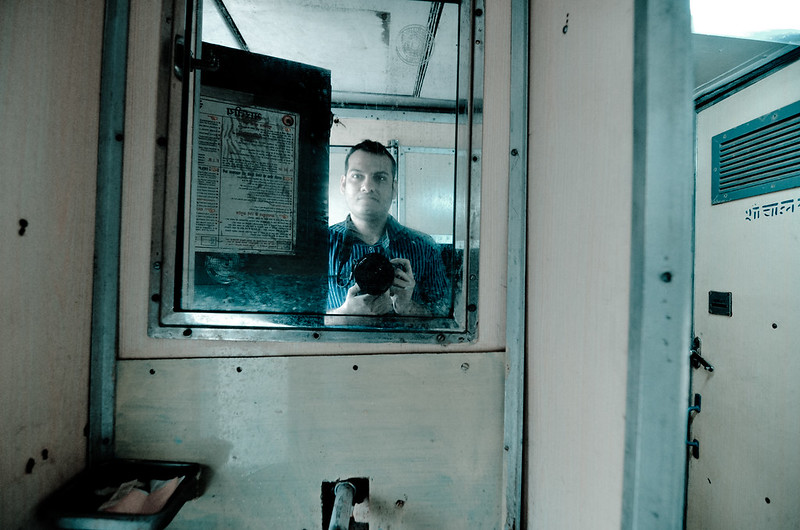 I caught an auto from the station to Hotel Basant Vihar Palace where I have booked my room. After reaching hotel, I negotiated with the auto guy, Sonu for a 1 day trip of Bikaner. This was my first long distance train journey and it was a different experience compared to flights. Indian Railways has one of the largest rail networks in the world and is continuously growing. I am hoping to utilize this network for my further travels across India.