“Gold medals aren’t really made of gold. They’re made of sweat, determination, and a hard-to-find alloy called guts.” – Dan Gable

Yesterday an unfortunate incident happened – Mayuresh Pawar, netball player of Maharashtra drowned. My thoughts are with his family and his teammates during these difficult times.

The 35th National Games of India got off to a flying start here in my home state, Kerala.  Armed with Sachin Tendulkar as its brand ambassador it seems the Games have attained all time popularity. Sachin seems to have fallen in love with Keralites – thanks to awesome fans of Kerala Blasters FC, the team which he own.  The  Run Kerala Run marathon campaign was also highly successful.

Kerala is hosting the National Games for the second time after a gap of 28 years. Developing the infrastructure for the games was a huge task for the authorities. But right from the preparatory stages itself controversies were also developing along with the infrastructure.

I couldn’t attend the opening ceremony of the games which was also marked with controversies 😛 The venues of the games are spread across several districts in Kerala. There are at least 6-7 venues in my place, Thiruvananthapuram. I along with my friend Dinu decided to visit the venues thereby showing our support for the games!!! The visit to the venues was very much surprising as we didn’t know that they even existed in our city. 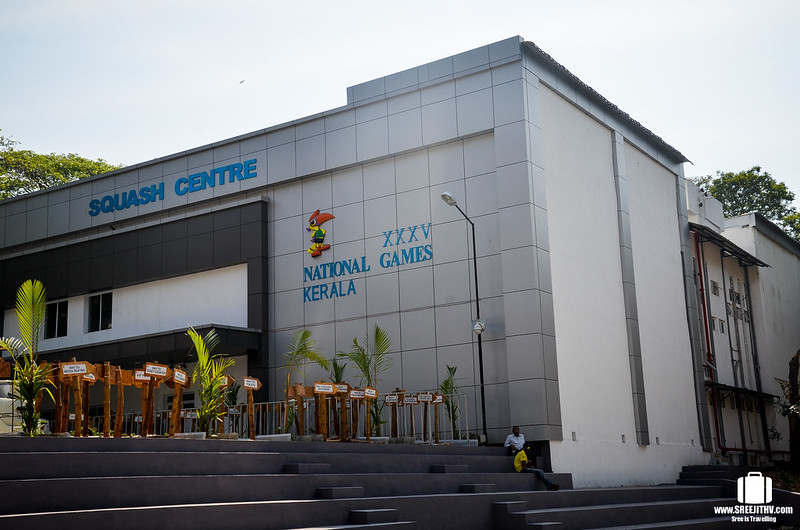 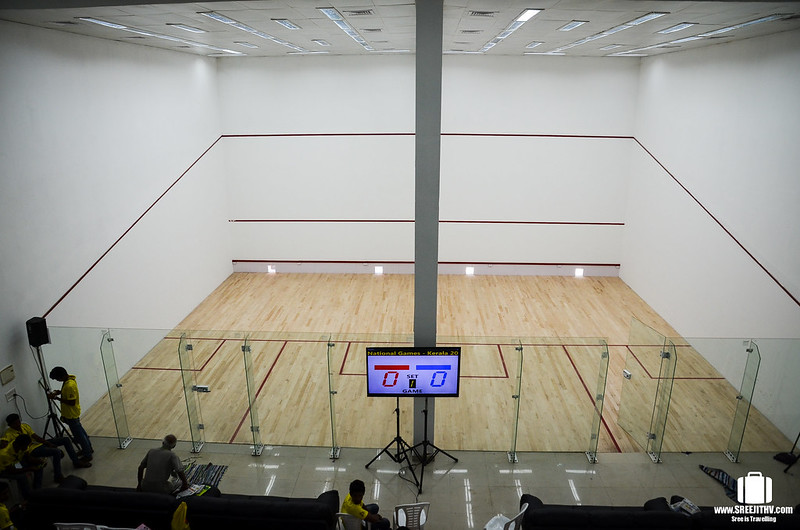 Our first visit was to the squash complex inside Chandrasekharan Nair Stadium.  The match was played in front of a decent number of spectators – most of them school children. It seems the games gave a welcome change for the bunking souls 😉 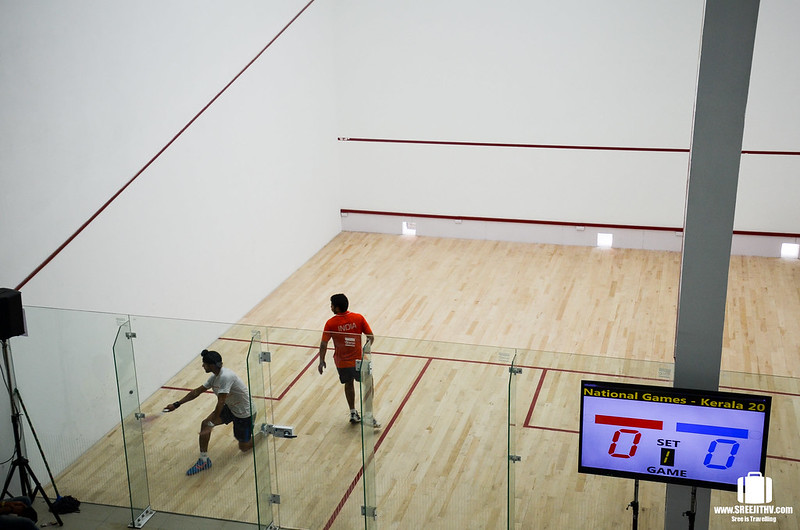 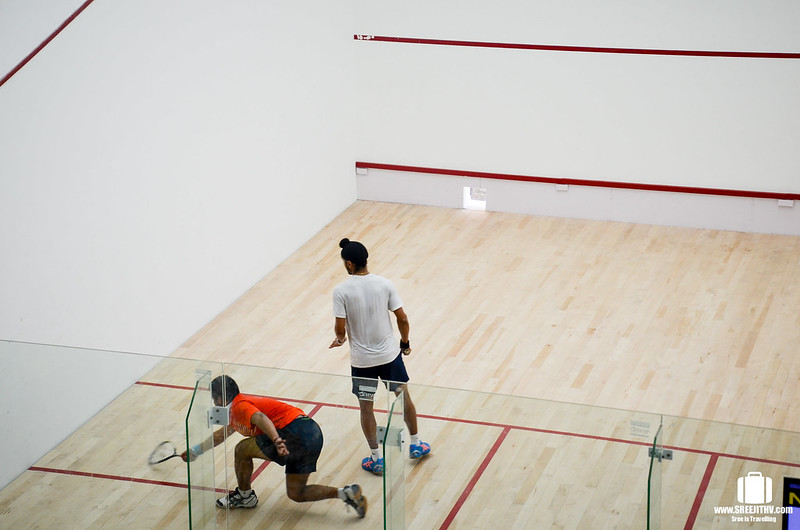 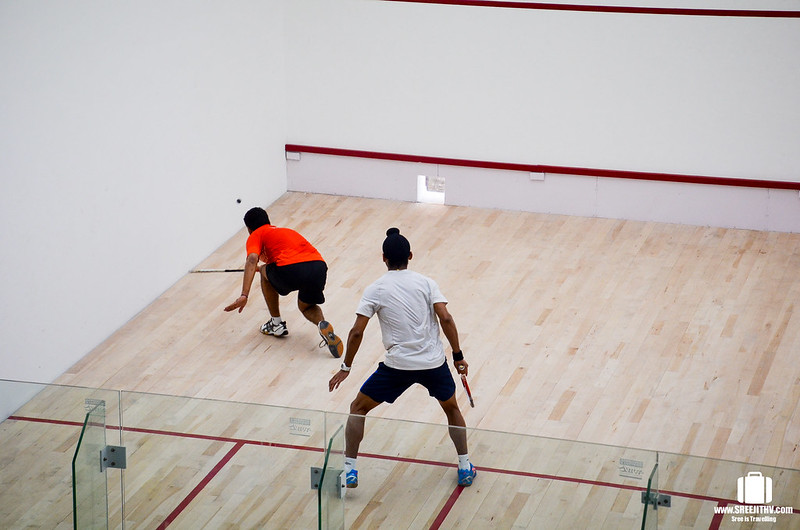 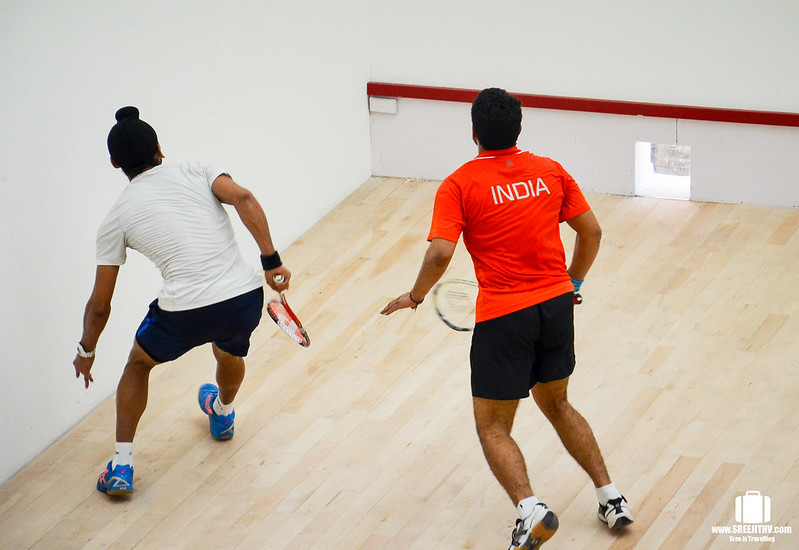 Gymnastics was held at Jimmy George Indoor Stadium.  About 60% of the gallery was filled even though it was working day. The section were you see empty seats in the photos were closed to general public as they were reserved for VIPs, match officials, media persons and all. 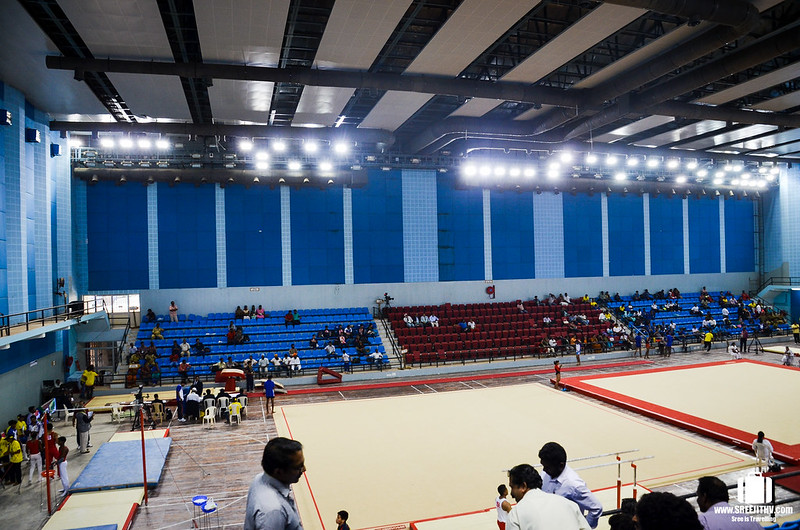 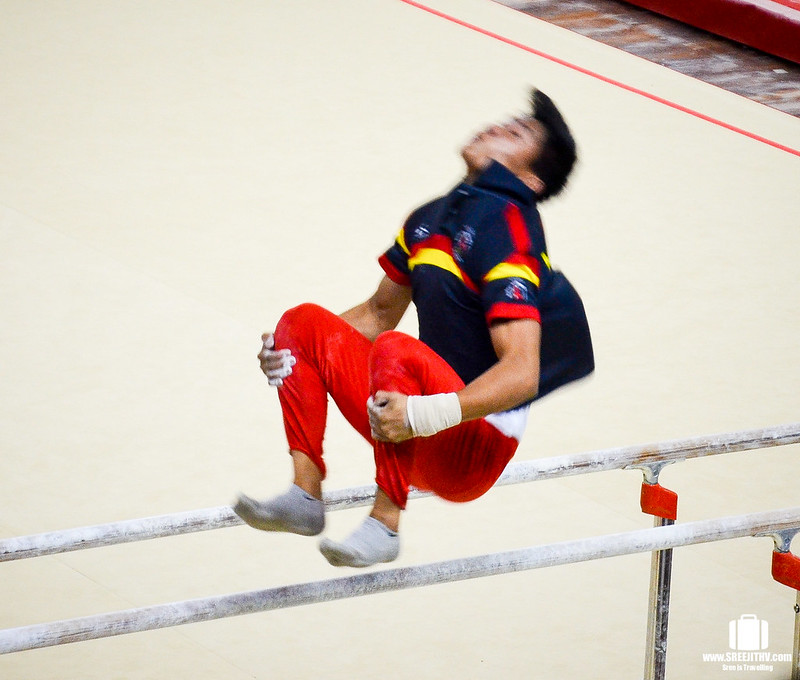 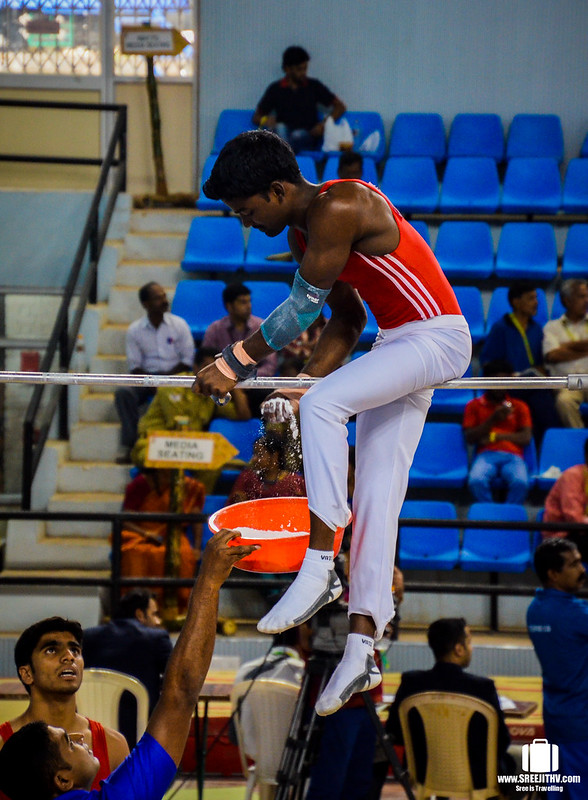 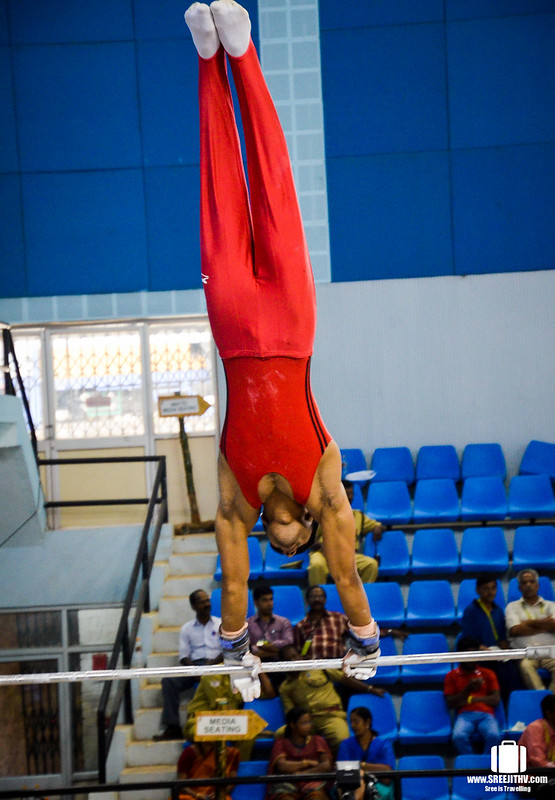 In the coming days, we plan to visit rest of the venues 🙂