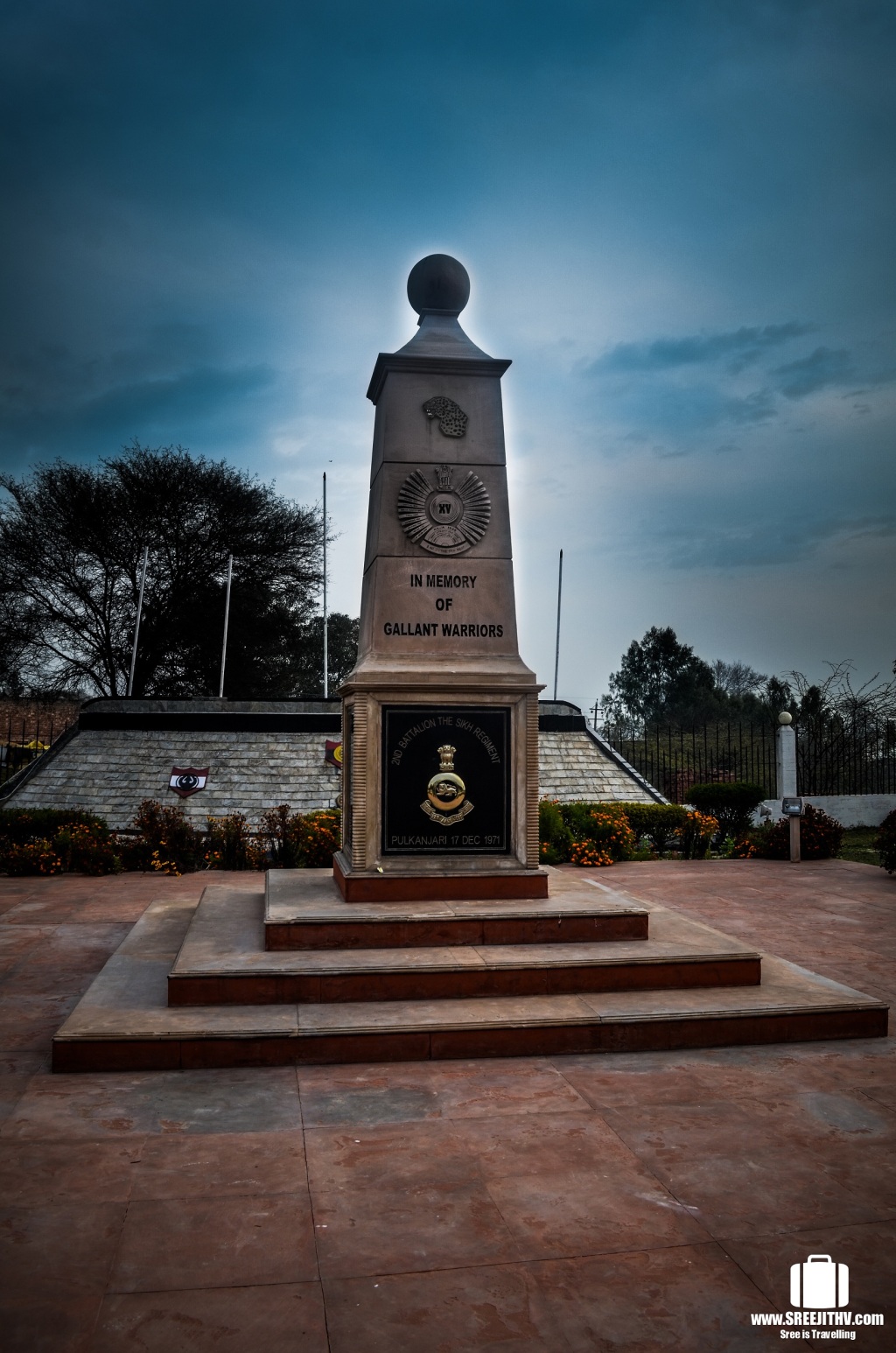 February 2014: I came to know about Pul Kanjri a couple of days before my trip. It was not the “heritage site” tag that prompted me to visit this place. The fact that this monument is located very close to the India-Pakistan border and that this site could have ended up on the other side of the border spiked the curiosity quotient in me.

Pul Kanjri is located at about 35kms away from Amritsar. In addition to the heritage site, there is a war memorial to commemorate Battle of Pul Kanjri which is located close to the BSF post. This site was captured by Pakistan during the wars of 1965 and 1971, but was recaptured by Indian soldiers within days.

After visiting Harmandir Sahib (Golden temple) and Jallianwala Bagh, I decided to catch an Auto to Pul Kanjri and Attari-Wagah border. Autowallah was not sure about the location of Pul Kanjri. In order to accelerate the fare negotiation, I showed him the route in Google map in my tab. He took the tab from me and showed it to his friend, another Auto driver. Just when I thought I’ll have to start a quarrel, his friend said “अरे ये बता रहे है तो सही होगा!” – “Google maps can’t go wrong”. I felt relieved and happy.

Good Auto drivers are not exclusive to Malabar, they can also be found in Punjab.

Just when we got out of Amritsar city, Auto driver’s son took over as his health won’t permit him to ride much distance. The road towards border was excellent. We need to take a right turn couple of kilometers before the border to reach Pul Kanjri. This section of the road was almost non-existent. The driver’s son never complained and finally we reached Pul Kanjri. The BSF soldier at the post was a bit puzzled on seeing me. It was he who showed us the way towards the war memorial. 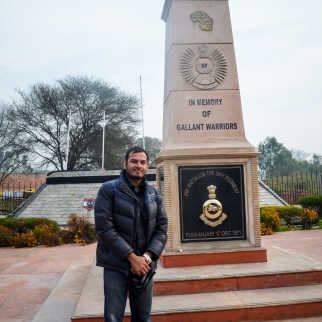 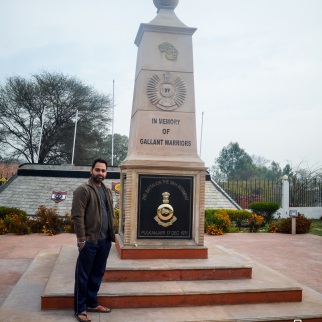 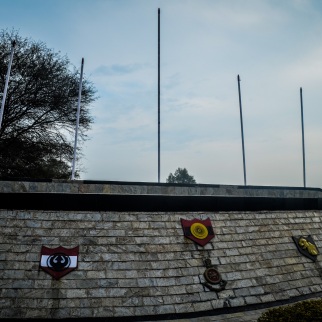 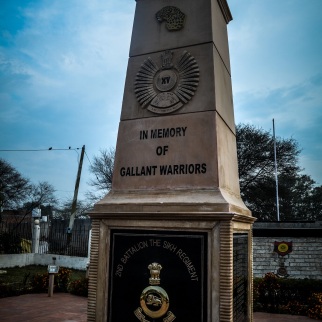 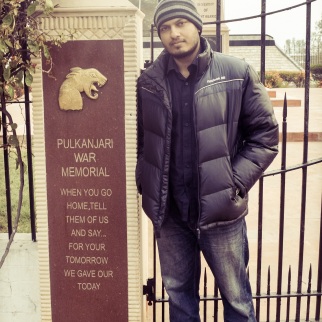 The gate of the monument was locked. As this was a sensitive border area, I was cautious. I could see the heavily fenced India-Pakistan border which was less than 500 meters away. When I enquired about the keys to unlock the gate, BSF soldier told me to jump across the wall :-D. Cool!!! 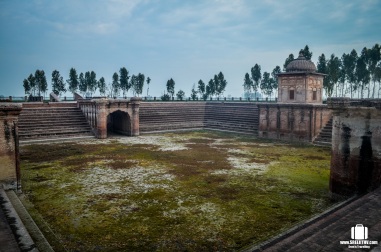 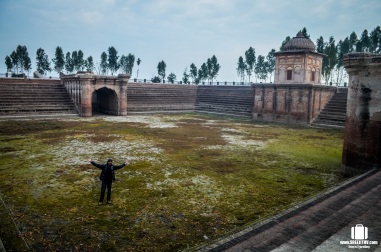 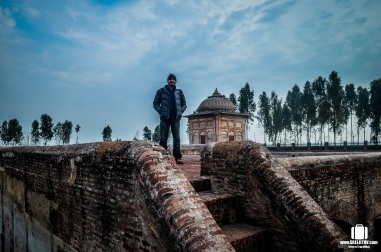 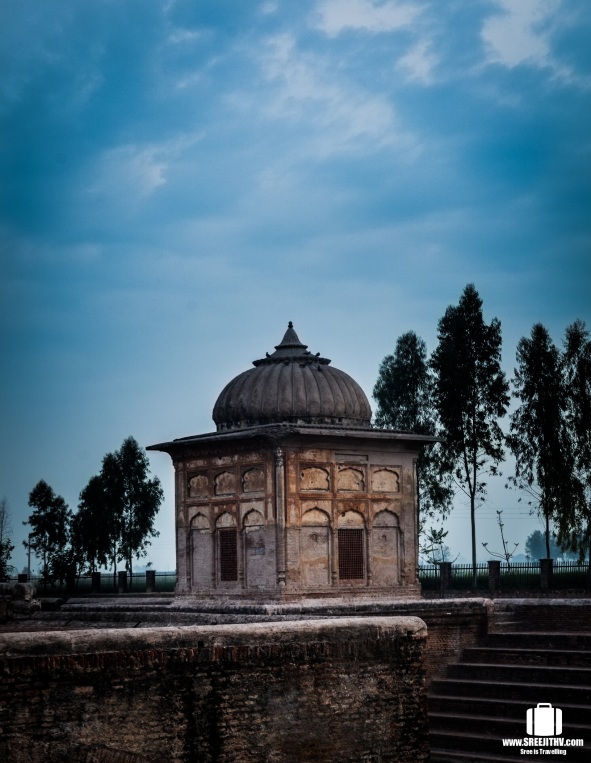 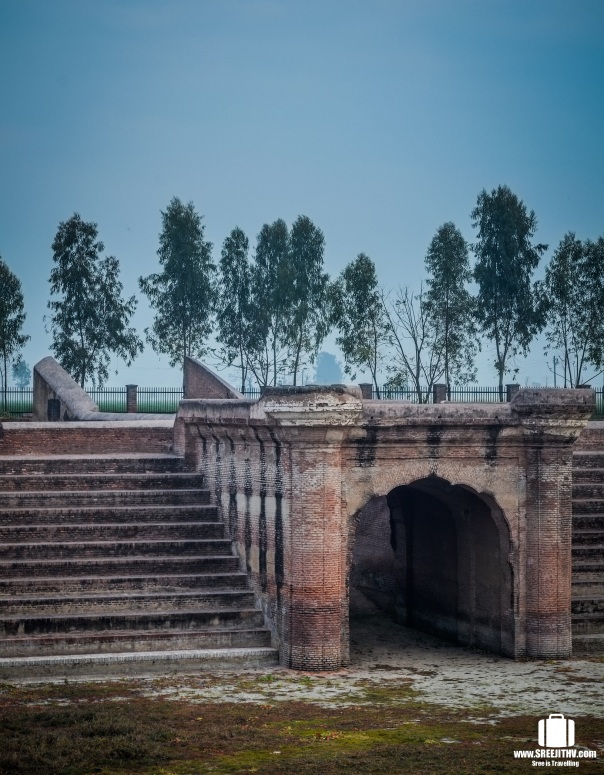 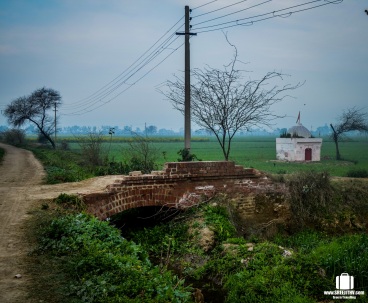 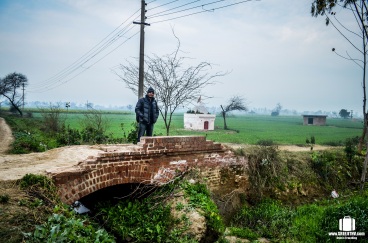 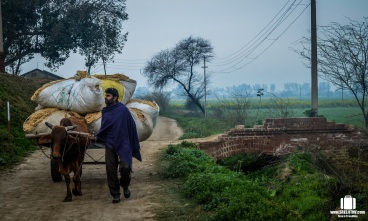 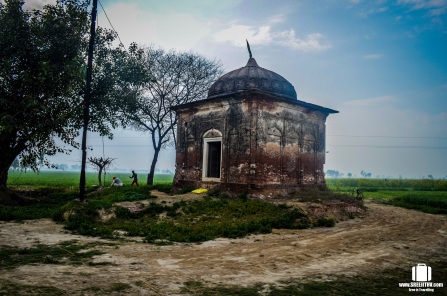 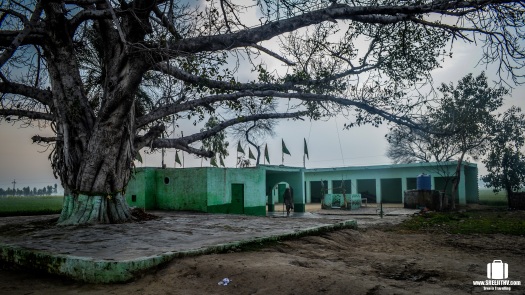 The construction of Sarovar (huge tank) is unique. It is designed to address the needs of men, women and animals – an open platform for men, concealed partitions with lattice screens and steps from within to ensure privacy for women, a long ramp for accessing water for animals

As we were about to leave, Auto driver’s son told me that it was the first time he is visiting this place even though he was born and brought up in Punjab. The atmosphere of happiness and excitement of visiting a new place quickly gave way for sadness when he revealed that exactly 1 week before his newly born baby died!!!