Day 1, 15th March, 2015: After spending about 19 hours on not-so-comfortable yet not-so-cramped upper side berth of Trivandrum – H. Nizamuddin Express (22655) train’s AC 3-tier compartment, I finally arrived at Madgaon railway station (MAO), Goa at around 5:30 PM. I took a bike taxi from the railway station to a nearby rent-a-bike shop. Renting a bike to explore Goa will be economical compared to hiring cabs/autos and time-saving compared to public transport. I opted  for a gear-less 125cc Suzuki Access. Her name was Floriana.

It was getting dark and there was not much scope for sightseeing today. 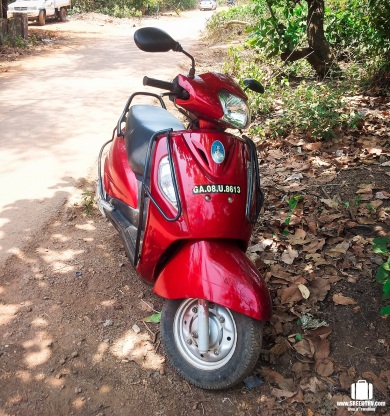 Tiara Hideaway, the hotel I had booked is around 45km away from railway station. Just like the name, Tiara Hideway was hidden very much deep inside Saligao neighborhood. It was very difficult to find the hotel but I don’t complain as the area was filled with cute buildings having strong influence of Goan and Portuguese architecture. I decided to have dinner from some restaurants nearby rather than from hotel itself. Roamed around a little and came to know that a few attractions were located nearby.

Day 2, 16th March, 2015: Today I’ll be visiting the nearby attractions and then move towards Panaji and Old Goa. Visited Mãe de Deus (Mother of God) Church, St. Alex Church, and St. Anthony’s Chapel and then rode towards Panaji to visit the wedding cake shaped Church of Immaculate Conception.

By 9 AM, I reached Old Goa. Churches and Convents in Old Goa are UNESCO world heritage sites. Following are the sites which I visited in Old Goa.

Church of St. Francis of Assisi and the Archeological Survey of India’s museum

The Chapel of St Catherine

The Chapel of Our Lady of the Mount

The Gate of the Palace of Adil Shah, which was located inside the compound of St Cajetan’s Church

The Chapel of St. Francis Xavier 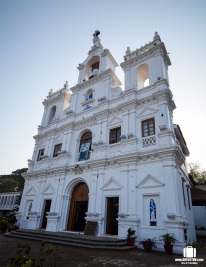 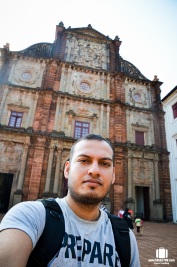 Selfie at Basilica of Bom Jesus 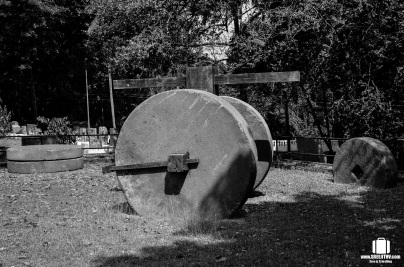 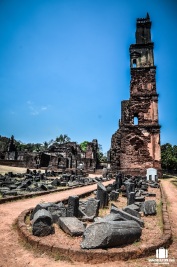 By early afternoon I went back to hotel to escape from heat and to take some rest. In the evening I went to Santa Monica to take a river cruise. The boat was crowded with desi tourists. There were some dancing and DJing going on, but I was very much bored. I expected to take some good sunset shots but the possibilities were limited.

Day 2 has come to an end. I will be visiting the forts tomorrow.

Day 3, 17th March, 2015: Woke up early to explore the Saligao neighborhood. I found some “home sweet homes” and some buildings which were abandoned. I was a bit puzzled with this kind of mix. After roaming around for 30 minutes, I went back to my room, watched some TV, and wasted time till 10 am as I need to book Tatkal railway tickets for the next day for my return journey (for those who are not familiar with tatkal train tickets, these are a small quota of seats whose tickets can be booked only on the previous day before the journey. Booking open at 10 AM).

After booking tickets, I visited Sinquerim fort, Chapora Fort, and Reis Magos Fort and had Shanghai fried rice for dinner.