From Bandaranaike International Airport I took the Highway Express bus and reached Pettah bus station in Colombo.  Dutch period museum was at a walkable distance from there.  The museum was located in a narrow congested alley. The area was very noisy but once you enter the museum building it’s serene. 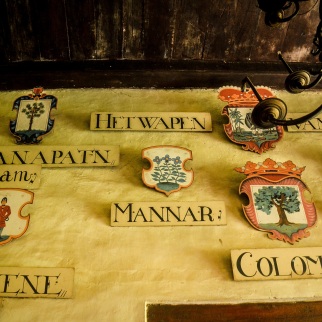 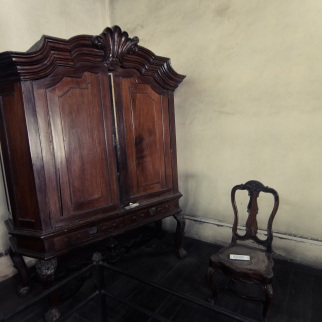 Dutch ruled the island nation from 1640 to 1796 and among the artifacts displayed at the museum, I found “Fish hook coins” very unique.

The ticket examiner offered a guided tour of the museum for just 200 LKR (or was it 100 LKR). At first I politely refused but then I decided to accept his offer.  It was a wise decision as the ticket examiner turned guide revealed a secret connected with a wooden Almirah. This one has got a secret compartment, can you find it? 😉

And finally the secret is revealed. 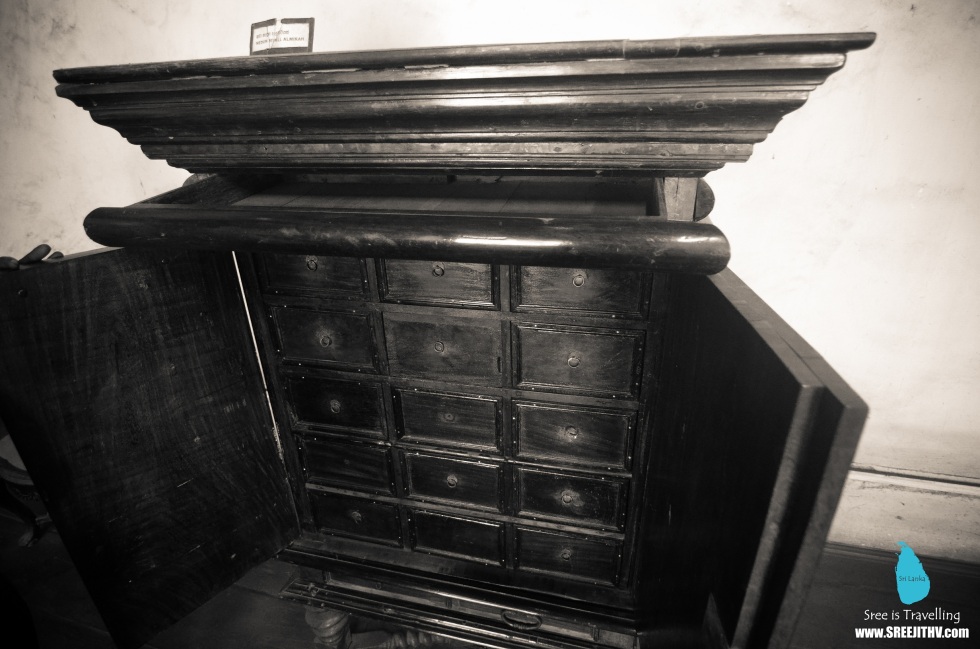 But here it is right at the top as if challenging a potential thief.  The Almirah would have shouted “Go ahead and find those precious stones, it’s just under your nose” during burglaries in those days.

The sliding operation was also a surprise. I expected a pivot mechanism.  I could sense the confidence and IQ level of the craftsman.  There is no information board displayed at the museum about this and wooden Almirah spends the time sitting quietly in the museum

Have you come across any “gems” like this Almirah. Do share your experience in the comments below 🙂