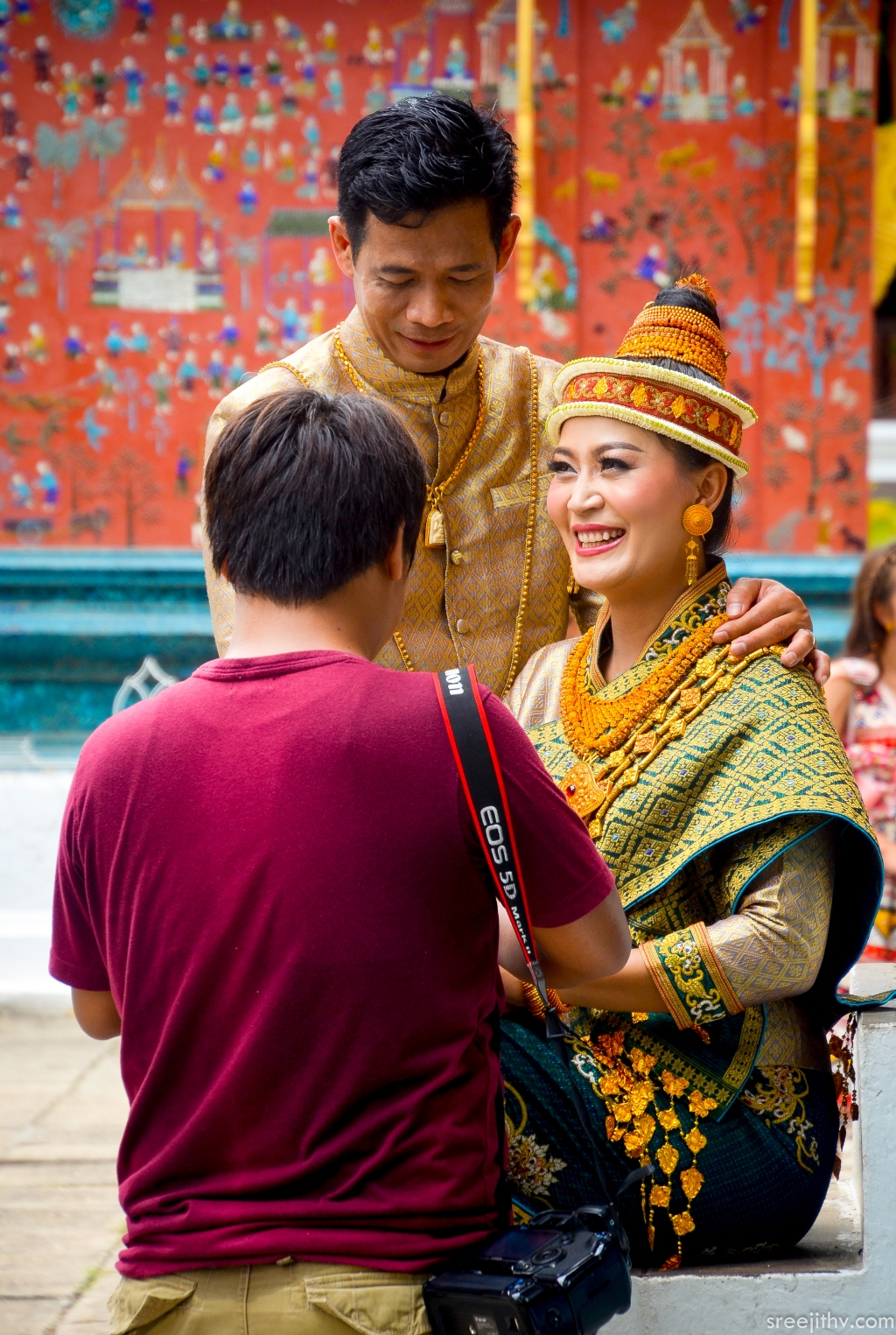 Marriages are made in heaven, agreed, but I guess only God knows where a post-wedding photo shoot takes place. Usually the couple will end up at a local landmark wearing ornamental traditional cloths; and the day of the shoot will invariably be the hottest day of the year – a grim reminder of what lies ahead of them. While exploring the streets of Luang Prabang, I bumped into a wedding photo shoot at Wat Xieng Thong, one of the most important Buddhist temples of the city. The couple were wearing traditional cloths but thank heavens the day was pleasant. The shoot was progressing at snail’s pace, perfectly in line with the laid back lifestyle of Laos. A bunch of Laotian girls were present as extras to jazz up the photo shoot. While the shoot was progressing at one end,  one of assistant to the photographer was busy taking photos of his girl who was one among the extras. Those two were literally in another world. Lol

An inspiring learning from Laotian marriages is that there is no dreaded dowry system. Here the groom pays bride-price and wedding-price to the bride’s parents at the time of  Sou Khor, a traditional procession which marks the start of wedding ceremonies. 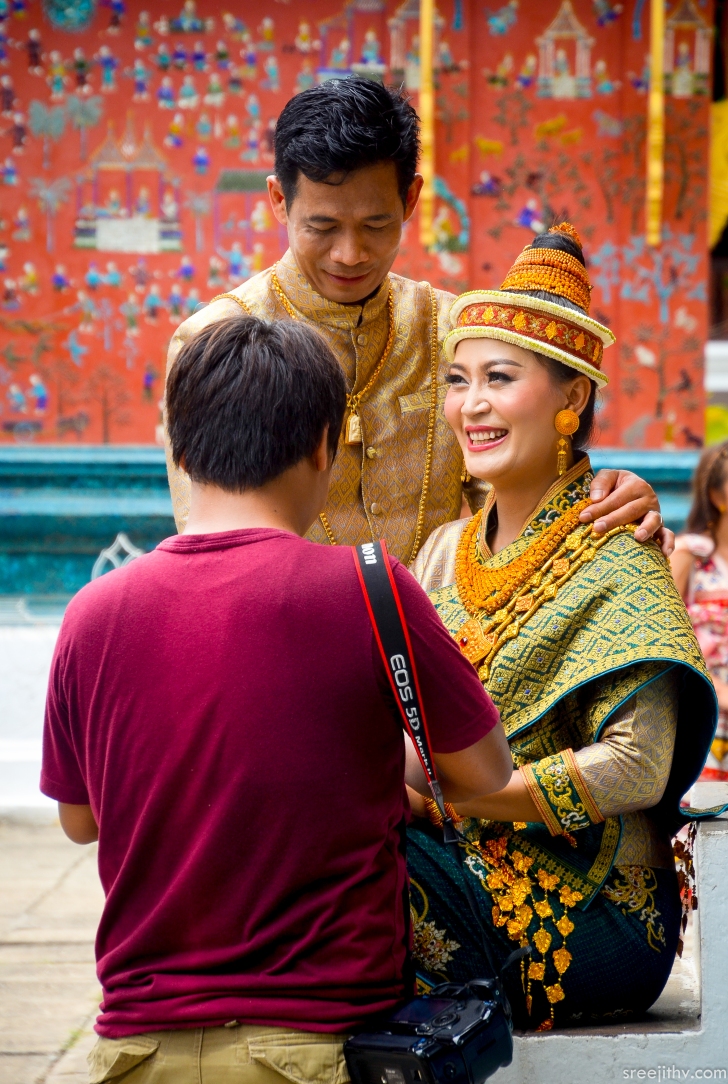 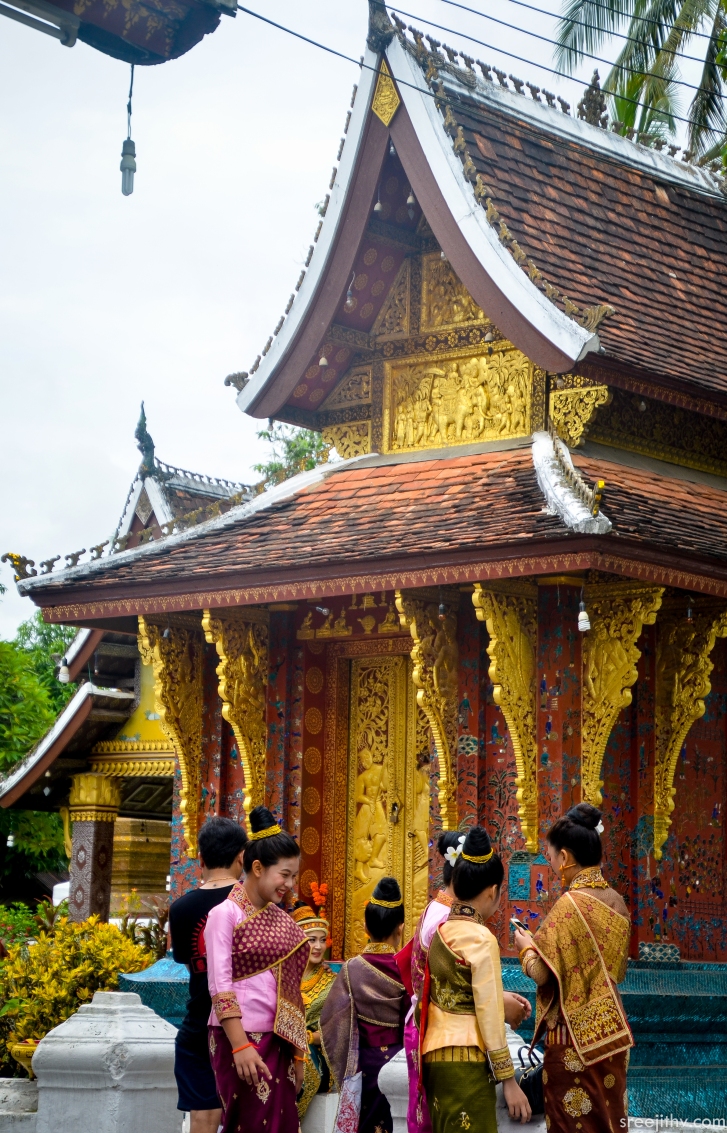